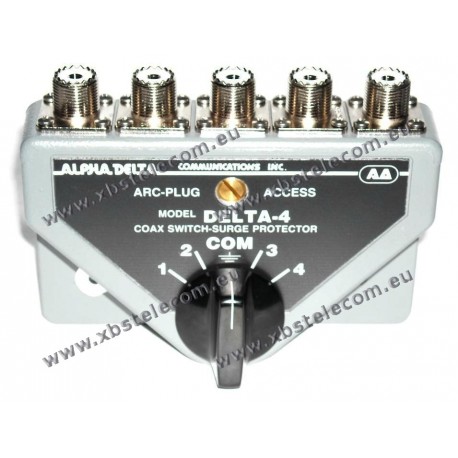 The excellent quality of this object is characterized by a fusion with a microstrip cavity with constant impedance for UHF.

No wafer switches with leaks are used, but a solid ball bearing system.

No uncertainty as to which position was chosen. Unused positions are automatically grounded to reduce noise interactions and possible discharges. The famous Alpha Delta Arc-Plug ™ Cartidge protects the position in use.

The antenna in the in or out position is always protected in both cases! The Arc Plug is easily accessible from the front panel so that the switch can be mounted on any surface. Both models support full legal power.

All models are at such low losses that interconnection cables usually have more losses than the switches themselves.

Be the first to write your review!