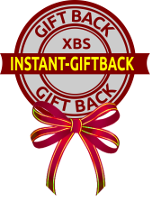 Very different design than any other TRX on the market.

Create a network channel on the app, then invite people to join the same channel, wherever you are, grab a cellphone or VGT N-7500, people can contact each other in real time, no platform or fees Additional SIM!

Allows communications with, for example, people who do not have Radio Amateur authorization.

Join any channel in the network, activate the "Relay mode" function.

1-When an analog signal is received, it will be transmitted simultaneously to the network channel.

2-When a network channel signal is received, it will be transmitted to the analog signal.

When the radio receives the 438.500 MHz analog signal, the VR-N7500 will transmit the signal in the TRUE channel.

APRS FUNCTION ONLY WITH ANDROID

A full configuration that includes APRS is currently only possible (May 2020) with the Android app.

In normal operation, a road map is displayed.

There is also a PTT button on the screen.

Your position and that of the connected radio partners are shown on the map.

The position determined by the smartphone via GPS is used to transmit your position via APRS.

As soon as the transmission signal is heard from an APRS gateway, the position is displayed on the usual services, for example on aprs.fi.

The BMH-75 is a Microphone + Speaker with a built-in rechargeable battery, which is recharged via USB - USB-Micro-B connector.

PTT button on the side, four buttons on the front for operation.

Strong magnet at the rear for mounting in the vehicle.